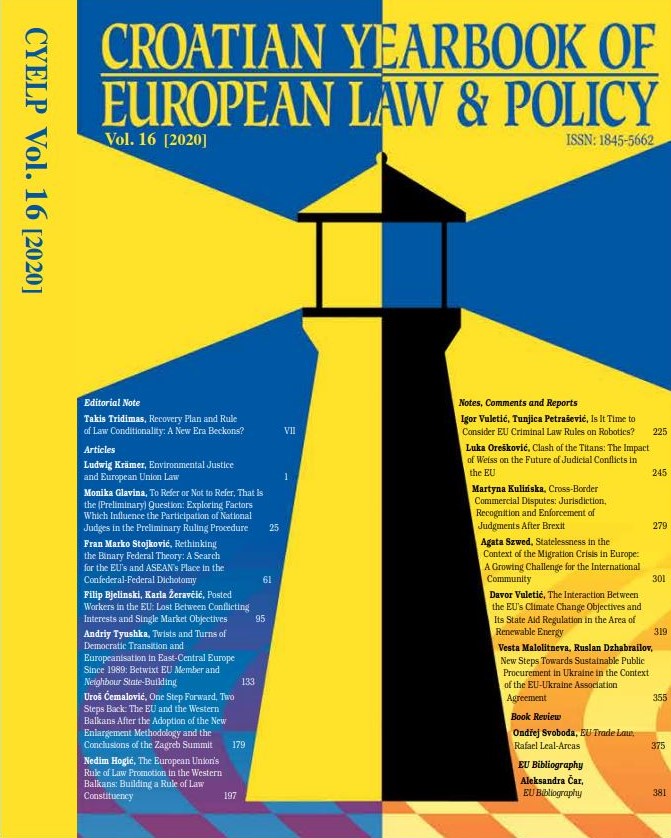 One Step Forward, Two Steps Back: The EU and the Western Balkans After the Adoption of the New Enlargement Methodology and the Conclusions of the Zagreb Summit

Montenegro and Serbia are stuck in the EU accession negotiations, while, with Albania and North Macedonia, the perspective of their future course is very unclear. Between still relatively fluid elements of the new enlargement methodology presented in February 2020 and quite a weak political impulse given by the Zagreb Declaration adopted in May 2020, the potential accession to the EU of the four Western Balkans candidate countries remains not only uncertain, but seems even less realistic than it was after the Thessaloniki Summit in 2003. The paper shows how, just in the first five months of 2020, the path of the Western Balkans towards EU accession has managed to go one timid step forward and two solid steps back. First, some elements of a novel approach to accession are encouraging, but remain imprecise, often inapplicable and subject to potential divergent interpretation. Second, maintained top-down conditionality, combined with internal difficulties of all Western Balkans countries and their high adjustment costs to meet membership criteria could lead to the crumbling of pro-European consensus and a decline of democracy. Finally, the Conclusions of the Zagreb Summit mentioned neither accession nor membership in the EU, confirming the wavering political support for enlargement among Member States. The main methods used in the paper are content analysis and the comparative legal method, while the analysis of the Montenegrin and Serbian case provides evidence for the correlation between the weaknesses of the Zagreb Declaration and the hypothesised second step back in the accession process.

Suggested citation: U Ćemalović, ‘One Step Forward, Two Steps Back: The EU and the Western Balkans After the Adoption of the New Enlargement Methodology and the Conclusions of the Zagreb Summit’ (2020) 16 CYELP 179.