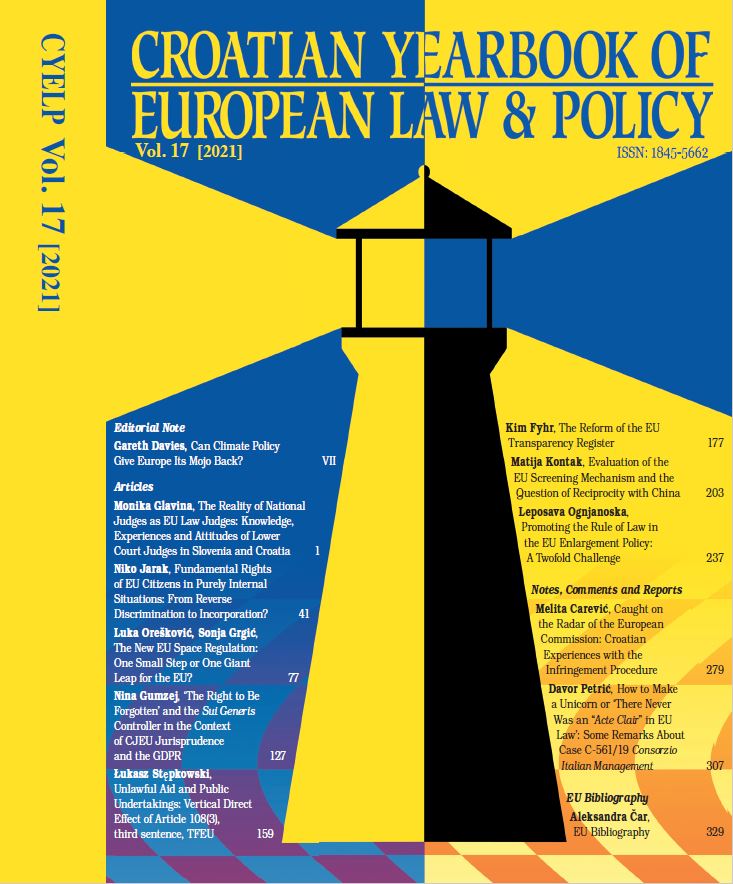 University of Zagreb, Faculty of Law

The phenomenon of reverse discrimination in the EU has been in the focus of academic research and debate due to the inequality it generates between citizens of the European Union, and it continues to create controversies. Reverse discrimination occurs when a Member State treats its own nationals who cannot point to a link with EU law less favourably than those whose situation is covered by EU law. Such a difference in treatment leads to double standards in fundamental rights protection granted to EU citizens, undermining the EU principle of equality. At the same time, the development of EU citizenship suggests this legal status has the potential to tackle the issues of inequality. The Court of Justice has in its jurisprudence developed EU citizenship as a fundamental status of nationals of EU Member States, provoking many interesting and potentially revolutionary interpretations of citizenship in terms of pushing the borders of EU competences to protect fundamental rights. In this context, it seems relevant to explore the extent and the transformative potential of EU citizenship which rejects the supplementary market paradigm and embraces equality as its underlying purpose. This paper discusses the prospect of using the citizenship provisions of EU Treaties as a legal basis to end reverse discrimination by claiming EU competence in purely internal situations. To explain the possible implications of this option, a parallel is drawn with the US constitutional doctrine of incorporation. To that extent, the paper argues that the effects of applying EU fundamental rights protection in purely internal situations on the basis of EU citizenship would be similar to the effects of the incorporation doctrine in the US. Such a possible development in EU law, even if normatively desirable, would be contrary to the EU's current constitutional design. The right forums to end reverse discrimination based on the principle of equality common to the Member States are, at the moment, only national courts or the European Court of Human Rights acting outside the EU’s own legal framework. Still, a reform of the current system of EU fundamental rights protection would be welcome as the only way to efficiently end this type of inequality. The problem of reverse discrimination should no longer be tolerated under EU law as it contradicts its underlying substantive values and legal principles.